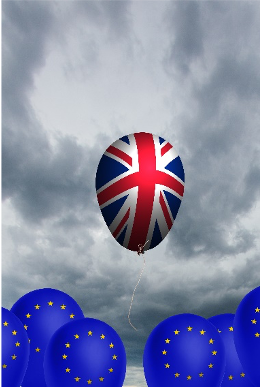 On April 1, 1996, the Community trademark system (now known as the "European Union trade mark") was introduced.

This system represents a major step forward because it allows a unitary title to be obtained, valid in the 28 member countries currently designated without specific mention of each country (this excludes  Norway and Switzerland, despite these are states being linked to the European Union by special agreements).

The European Union trademark was then completed by the community design.

If the United Kingdom were to effectively leave the EU on March 29, 2019, and become a third country, or a country linked to the EU by special agreements, European Union trademarks, designs and international trademarks that designate the European Union would naturally cease to have effect in that territory.

The situations currently envisaged would be as follows:

In order not to harm EU trademark owners, the UK government has provided simple, fee-free mechanisms for EU trademark and design owners to obtain an equivalent right registered in the UK.

EU trademark and design owners will be granted an equivalent right in the United Kingdom which will take effect on the day of departure from the UK.

This new right will be granted with a "minimum administrative burden".

European Union titles would be treated as if they had been registered in the UK:

- They will be renewed on the initial date, but under the law of the United Kingdom.

The UK government does not give details of the "minimal administrative burden" that will be put in place on the day of departure from the UK but insists on the continuity of EU trade mark and design rights in the UK.

Considering the number (more than 3 million) of securities involved, it is therefore likely that the conversion of EU securities into UK securities will be done automatically without any action on the part of the holder of the EU security.

For those trademarks and designs which are not yet registered (under examination or under opposition) will have to be converted into a national application at the UK Trade Marks and Designs Office.

Holders of these EU applications would be given a period of 9 months to file their applications for registration with the United Kingdom Trade Marks and Designs Office (UKIPO).

A fee would be payable to the UKIPO, the amount of which is not yet fixed.

In this situation, it is the filing date of the EU trademark or design (with priority) that will be taken into account for the departure of rights in the United Kingdom.

The British Government and the World Intellectual Property Organization (WIPO) have provided for the automatic designation of the United Kingdom for all international trademarks designating the European Union so that they continue to be protected in Great Britain.

However, it seems that WIPO is currently encountering some technical problems that do not allow this manoeuvre. These problems, which only arise for international trademarks currently designating the EU and the UK, should be resolved by the time of the Brexit.

These are models which are protected without formality for three years after their disclosure within the European Union.

The UK government will ensure that these models remain valid in the UK for the remaining period of protection.

It does not give details of its action in this respect, but as long as the designs are protected without formality, a simple law stipulating that unregistered EU designs will be protected in the UK for the remaining term of protection should be sufficient.

Applications for EU trademarks or designs should be subject to an equivalent application before UKIPO but will retain their original filing date.

This being said, as the texts are not yet final, the above-mentioned information could still be modified.