Nagoya Protocol on Access to Genetic Resources What impacts on patent law practice? 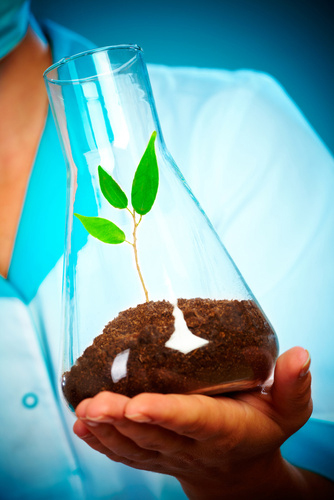 This protocol on “Access and Benefit-Sharing” (ABS) recalls its main objectives in its introduction and in its first article:

“By promoting the use of genetic resources and associated traditional knowledge, and by strengthening the opportunities for fair and equitable sharing of benefits from their use, the Protocol will create incentives to conserve biological diversity, sustainably use its components, and further enhance the contribution of biological diversity to sustainable development and human well-being.”

Within the meaning of the Nagoya Protocol (Article 2), the expression “utilisation of genetic resources” relates to research and development on the genetic and/or biochemical composition of genetic resources, including through the application of biotechnology. The Protocol refers to the definitions given in Article 2 of the Convention on Biological Biodiversity: “genetic resources” are genetic material of actual or potential value, “genetic material” being itself defined as any material of plant, animal, microbial or other origin containing functional units of heredity.

The Nagoya Protocol originates from the Rio Convention on Biological Diversity (CBD) adopted in 1992, and echoes the convictions of companies in 2012 for pillaging genetic resources relating to exploitation in the cosmetics and pharmacy field, allegedly carried out on Brazilian territory.

Signature of the protocol by France on 22 September 2011

When filing a patent application in France which includes the use of genetic resources and/or traditional knowledge, a declaration – aimed at certifying the user’s diligence and compliance with the provisions of the Nagoya Protocol – must be made using a model contained in Annex III of the Implementing Regulation (EU) 2015/1866. This Annex III, which ultimately will be addressed to the Ministry of the Environment, must be completed and sent to the INPI electronically at the following address: This email address is being protected from spambots. You need JavaScript enabled to view it.

Annex III of the above-mentioned Regulation in particular recognises the right to make the declaration confidentially in order to declare genetic resources or traditional knowledge associated with genetic resources. Among the fields which must be duly completed by the user, is not only a list of the products made using resources or knowledge, but also the ingredients that are used in their composition or which have been used to make the product, provided that they themselves meet the resources or knowledge criteria.

The United States (US) and South Korea (KR) are not signatories of the Protocol, and there is no obligation to declare the use of genetic resources or traditional knowledge for these countries.

China (CN) acceded to the Protocol in June 2016. National patent law in China requires the applicant of a patent application to indicate, in the request for its issuance and using a form provided for this purpose, if an invention is related to genetic resources.

Japan (JP) has signed the Protocol, but has not yet filed the ratification instrument and is therefore not yet fully bound by the Protocol. In addition, it should be noted that there is no declaration obligation for inventions involving genetic resources and traditional knowledge when acquiring a patent right in Japan.

Generally, it must be remembered that, although some signatory countries of the Protocol which actively participated in the preliminary phases of its drafting – such as Mexico (MX) or Brazil (BR) – are very active in relation to the issue of the preservation of their resources, there is no direct impact on obtaining patents, because no provision has been incorporated into the national patent laws to date regarding the genetic resources or traditional knowledge targeted by the Nagoya Protocol which would prevent patentability.

Please contact us for more details on these issues.