The new provisions in force following the adoption of of the "Brands Package" in France: Opposition proceedings before the INPI (French Trademark Office) 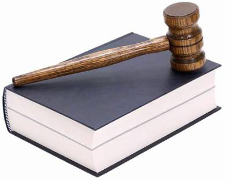 In an area of law that has remaining generally static over the last few decades, the adoption of this new reform by the French legislator constitutes a major upheaval in trademark law.

These provisions, largely inspired by those put in place years ago by the European Union Trademark Office, will require the implementation of a new strategy for filing and defending the rights of trademark owners in the national territory.

The new opposition procedure will apply to trademarks filed from 11.12.2019 or published in the BOPI (Bulletin Officiel de la Propriété Intellectuelle) on 3.01.2020.

Firstly, the opposition procedure has been modified by placing at the heart of the procedure the question of the use of the aforementioned earlier trademarks whose registration was published more than five years ago.

This action taken on the basis of a particular trademark will have to be studied carefully because of the reinforced examination by the INPI of the evidence that may be brought to justify an exploitation.

This request for proof of use during the procedure is a means of retaliation by the applicants, which could prove to be formidable because the INPI department could close the procedure without judging the merits if it fails to provide such proof.

This is a major provision in French law and should result in applicants being extremely vigilant in the defense of their rights by collecting the evidence of use of each of their trademarks as soon as possible.

By way of illustration, the documents proving the genuine use of a French trademark are the following:

Secondly, the evidence must be intended for the public. The case law requires that the trademark proprietor must be able to show that there is effective contact between the trademark and the client.

It is therefore important to ensure that all the signs of an undertaking are indeed used as a trade mark, i.e. as an indication of commercial origin for all the goods and services of its wording, at least for those goods and services which correspond to the core business of the undertaking. A use as a corporate name or sign, or a reserved domain name on the Internet, will not be considered as a trademark.

The proof of use is the responsibility of the trademark owner (or an authorized third party such as a licensee).

In addition, it is also important that the trademark be reproduced on the documents in the form as filed. However, if the trademark is used in a slightly modified manner, then its distinctive character must not be altered so that revocation is not incurred.

In order to avoid losing their right to their sign, the owner is therefore strongly advised to establish archives for each of their trademarks on a regular basis and to keep them carefully for the necessary time.

This preventive approach set up in advance could prove decisive in that the time limit for providing this evidence is very short (1 month) in the context of the opposition procedure.

This recommendation is all the more relevant since, as of 1 April 2020, actions for revocation will be facilitated in that they will no longer be the exclusive competence of the courts but will fall within the competence of the INPI's services in the main capacity. Through this administrative channel, proceedings should be processed more quickly and at a lower cost, so that these advantages will be exploited by many.

Alternatively, a trademark owner who would not be comfortable with these issues of use may be able to base their action on other prior rights now.

Indeed, while in the past opposition proceedings could only be based on a filed, registered or well-known trademark, an AOC, PDO, PGI, GI or the name, image or reputation of a local authority, this prerogative is now open to additional rights including distinctive signs such as company names, trade names, signs and domain names reserved on the Internet, in particular.

Consequently, new trademark applications may be challenged by these prior rights, subject to the payment of official fees for each right mentioned. The opponent is therefore likely to increase the weight of his opposition proceedings by justifying, as usual, the likelihood of confusion by means of a legal statement.

An adversarial phase will then begin, involving exchanges of observations between the parties within very short time limits, and it will then be up to the INPI's opposition department to give its decision on each of the rights set out within a period estimated at between 6 and 10 months depending on the circumstances of the case.

In this new context, we advise to contact your attorney to determine whether it would be appropriate to re-register your trademarks filed more than five years ago and whose logos and/or designated goods and services would no longer be in line with the current or future use.

The lawyers of our firm are available to assist you in the constitution of these files and to answer all your questions.

The United Kingdom left the European Union on 1 February 2020.

What about the ongoing procedures relating to the designation of territory?

The withdrawal agreement provides for a transitional period which will last until 31 December 2020:

Therefore, the European Union trademark continues to consist of 28 member countries including the United Kingdom :

* The Agreement also provides for the continued protection in the United Kingdom of international trademark applications and registrations under the Madrid system designating the EU during the above-mentioned transitional period.

We will keep you informed of further developments at the end of the year.