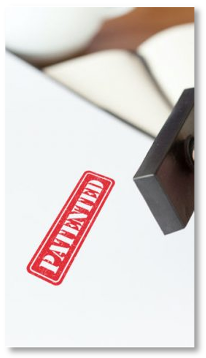 What is the marking of a patent-protected product?

Marking a product consists of informing third parties, in particular customers or competitors, that the product (or part of it) is protected by one or more patents.

Marking is not mandatory in France, the USA or China (as well as in most countries of the world), however the absence of marking can have important implications on the possibility of claiming compensation in case of counterfeiting or on the amount of any such compensation.

In Europe, at present, the European Patent Convention does not address the issue of marking a product protected by a European patent and leaves this prerogative to the national legislation of the member states.

With the introduction of the European patent with unitary effect and the unified patent jurisdiction, marking could become important in all member states for the calculation of damages.

In the United States, the absence of marking may result in the impossibility of recovering damages (which is practically the same for the owner of the rights to compulsory marking); 35 U.S. Code § 287. Limitation on damages and other remedies; marking and notice: "In the event of failure so to mark, no damages shall be recovered by the patentee in any action for infringement, except on proof that the infringer was notified of the infringement and continued to infringe thereafter, in which event damages may be recovered only for infringement occurring after such notice. Filing of an action for infringement shall constitute such notice).

It is therefore necessary to be vigilant and to mark products protected by a patent or patent application when the products are marketed in countries for which marking plays a role in legal proceedings.

In other countries, marking may be of interest, not from a legal point of view, but for aspects of information, advertising or deterrence of competitors.

How to mark the product?

- Either directly on the product (depending on its nature and dimensions)

- Either on the packaging, advertisements, catalogues listing the product

By a virtual marking:

This virtual marking consists of affixing the words "Patent" or "Pat." on the patented product, its packaging or on a product label, accompanied by a reference to a website address. On the web page of the website (accessible to the public free of charge) must appear the patent number(s) with the products covered by the patents.

The virtual marking allows a quick update of the rights on the products (especially in the event of the expiry of a patent). It also makes it easier to associate a patent with several products in a range and/or to associate several patents with the same product.

What are the recommended indications for this marking?

There is no uniform marking practice. However, a marking must make it possible to distinguish between a granted patent and a patent application in the course of proceedings.

The marking should logically also include the identification number of the title (especially for countries that give legal effect to the marking).

In China, marking is not compulsory, but in case of marking, the marking must comply with the rules laid down by the patent office, i.e.:

- indicate in Mandarin the type of title 中国发明专利( for patents) or 专利申请，尚未授权 (for pending patent applications),

- indicate the publication number (ZL + 9 or 13 digits for the granted patent).

Attention to the conformity and monitoring of the marking

For the patent owner, the marking of a product should not be taken lightly and should be monitored (in particular to avoid continuing to mark a product when the patent is invalidated,  it has expired or when the scope of the claims have been amended). Inaccurate or false marking (patent passing off) is an offence. It may be subject to a fine or criminal conviction in many European countries, including France, and also in the USA and China.

For example, in France, Article L615-12 of the Intellectual Property Code provides that: "Anyone who improperly claims to be the owner of a patent or a patent application shall be punished by a fine of 7,500 euros. »

We are pleased to announce that IPSIDE Avocat was awarded the Trophée Equipe Montante Avocat brevet at the "Trophées du Droit" ceremony.

This award is a great source of pride for our firm and a recognition of the value of the work accomplished!