The major reform of trademark law in Europe On your marks, get set, go! 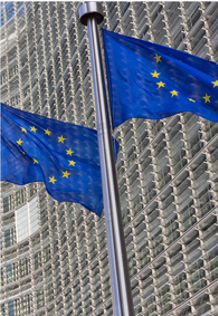 As previously announced, on December 16, 2015, the European Parliament adopted Directive (EU) 2015/2436, known as the "Trademark Package", which aims to harmonize and modernize trademark law among EU member states. This Directive, which entered into force on March 23, 2016, constitutes a major reform of trademark law at the European and national level.

Most significant changes in France :

(i) Two new administrative procedures for nullity and forfeiture are created and broaden the INPI's competences.

Invalidity actions, as well as trademark revocation actions, are simplified by the introduction of an administrative procedure before the INPI (in the course of 2020).

Thus, except in the case where litigation is already in progress between the parties (in which case the judge remains competent), invalidity actions and revocation actions filed as a main action will now fall under the exclusive competence of the INPI. It should be noted that these actions may now be brought by intellectual property attorneys.

Counterclaims filed as counterclaims remain the exclusive jurisdiction of the regional courts.

These changes to trademark law run the risk that trademark applicants and owners will more easily lose their rights.

It is therefore necessary to be attentive with regard to the use of the trademark, and to make sure to keep proof of its serious and constant use.

(ii) The deletion of the requirement of graphic representation for French national marks.

This removal of the graphic character of the representation of the sign also opens up protection to olfactory and taste marks provided that a sufficiently intelligible, durable, clear and precise means is found to translate the smell or taste that one wishes to protect (complicated in practice). To be continued!

(iii) Abandonment of the three-class package in favour of the payment of class fees.

The aim is to encourage applicants to target precisely the classes of their interest, following the example of the system applied to trademarks in the European Union in recent years.

Signs contrary to public policy or morality, signs which are misleading as to the nature, quality or source of the goods or services are already excluded from registration.

(i) The course of the opposition procedure is modified

In the event of infringement of a prior right, a simple declaration of opposition, containing only the identity of the parties and the trademark in question, may be filed with the INPI within two months following publication of the application for registration. The opponent will then have an additional period of one month to provide the statement of grounds and evidence on which he bases his opposition.

The opposition procedure will therefore now be similar to that which exists at the European Trademark Office (EUIPO).

These changes will take place in the course of 2020.

In addition to a trademark, opposition to an application for registration may now be based on :

NB: the opposition procedure may be based on several prior rights belonging to the same holder.

Our team is available for any further questions on the above-mentioned points.