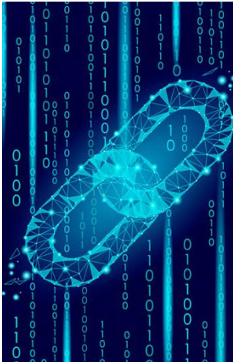 What is the blockchain time -stamping mechanism?

Blockchain is a secure shared storage technology that works without intermediaries.

The blockchain has an identified time-stamping function that gives a certain date to a creation, and could thus serve as proof of its anteriority in relation to subsequent works.

The recording of an encrypted file on a blockchain would thus establish itself as an alternative means of proof of personal possession of a creation and of the content of the said creation, thanks to the comparison between the document describing this creation and its encrypted digital print on the blockchain.

Although this time-stamping function does not in itself confer a guarantee of the ownership of an intellectual property right or a guarantee of the protectability of the creation, it is nevertheless strongly recommended to identify oneself on the file(s) to be inserted in the blockchain.

In any case, blockchain timestamping is undoubtedly a secure and inexpensive alternative for dating the creation, which is becoming more and more popular.

Ipside offers such a service, currently in full expansion, to its customers.

The use of blockchain technology in foreign jurisdictions:

This technological process is  used more and more and has been recognized as a reliable means of proof in Chinese courts. On September 7, 2018, the Chinese Supreme Court thus admitted the admissibility of proof of authenticity of data from a blockchain.

Similarly, Italian Law No. 12/19 of 11 January 2019 on the support and simplification of companies and public administration gives legal recognition to the time stamping function based on a blockchain.

In other countries, this recognition is tending to spread as blockchain applications multiply.

In French law, the Blockchain is not yet integrated into the evidentiary process before the courts.

The probative value of electronic documents is recognized in Article 1366 of the Civil Code, provided that "the person from whom the document emanates can be duly identified and that it is drawn up and preserved in conditions that guarantee its integrity". However, to date, the legal and probative value of a document anchored on the block has not yet been established either by the French courts or by the legislature, although recent attempts have shown a willingness to do so.

Recently, a bill was proposed to give the blockchain legal evidentiary value. However, this was not been acted upon. Nonetheless, recognition of blockchain technology is emerging in the French legislative landscape in other sectors. This is particularly so relating to the admission, within the Monetary and Financial Code, of the blockchain as a dematerialized register for the registration of financial securities.

The courts may soon be open to such legal recognition, provided that the date of the time stamping is the subject of bailiffs' statements using a system of verification of anchoring in the blockchain. This is evidenced by the liberal approach of the Paris Court of Appeal with regard to the admissibility of bailiffs' statements as evidence of counterfeiting, organized from archiving pages derived from the www website. archive.org (Decision of the Paris Court of Appeal, Pole 5 - ch. 2, 5 Jul. 2019, no. 17/03974).

In this case it was a question of assessing the value of the bailiffs' statements of facts organized from a internet site’s  webpage with the aim of retracing the history of web pages over time, by means of random photographs taken from other internet pages and thus making it possible to find internet sites that had been modified or deleted at a given time T.

In the past, the French courts had refused to recognise the validity of that provision on the grounds that :

this archiving service was operated by a third party to the proceedings, who is a private person without legal authority and whose operating conditions were ignored (CA Paris, 2nd Ch., 2 July 2010, "Saval, Établissements Laval c/ Home Shopping Service (HSS)") ;

or again, with regard to a comparable archive site called "waybackmachine": that "the impressions of the "waybackmachine" site cannot be proof of a previous disclosure of the product, for lack of reliability of their contents and dates, no guarantee being attached in itself to the archiving website in question about which no details are given, the computer tool authorizing moreover the modification of its contents during the screenshot" (TGI Paris, 3rd ch. 1e sect., 5 July 2018).

By this decision of 5 July 2019, the Court of Appeal is more inclined to admit modes of proof resulting from search and dating systems held by third parties, since "all the technical prerequisites on the archiving site having been fulfilled, it cannot be considered that the operations of the judicial officer, which led him to the archived publication history of the allopneous sites. com and centralepneus.fr, would not be reliable nor necessarily devoid of any probative value, even if the site archive.org includes, according to the statement of facts of 9 February 2017 produced by the appellants and forced interveners, a clause of non-guarantee of its contents" (Court of Appeal of Paris, pole 5 - chamber 2, 5 July 2019, n°17/03974).

Thus, "the archiving site is valid until proof to the contrary" and there was no reason "to remove from the debates, nor to cancel this report [...] being pointed out that counterfeiting can be proved by all means and that the probative value of elements validly noted by the judicial officer, namely in this case the pages coming out of an archiving site, will be assessed on the merits".

In summary, the success of the blockchain technology and its applications, such as the timestamping function in the context of intellectual property law, depends above all on its legal and/or jurisprudential consecration and which we believe, will most likely eventuate in the near future.

Ipside wishes to support its clients into the future by providing them with the benefit, at a low cost, of new tools made possible by recent technologies in full expansion .