The use of certain symbols and mentions in the trade 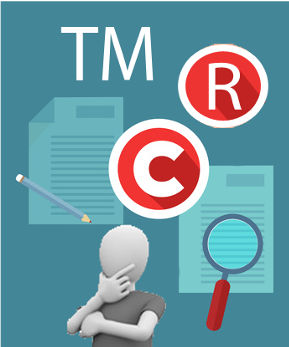 The acronyms ®, TM and © are present all around us, but it should be used with caution.

The insertion of one of these acronyms on any support remains optional in many countries, but can be a communication tool and a relevant means of deterrence.

In France, there is no requirement to use these Anglo-Saxon symbols.

This acronym means that your trademark has been registered (issuance of an official certificate).

The interest of affixing this acronym is multiple:

On this last point, in the United States of America, the omission of this symbol may limit the remedies available in a lawsuit (ex : difficulty or even impossibility for the plaintiff to obtain Damages if it is not proved that the defendant had knowledge of the registration of the brand...).

In this territory, it is also effective to affix the mention "Reg. U. S. Pat. & TM Off" whenever it is possible. In the absence of sufficient space, it is possible to use an asterisk * near the brand, and noted in another place, "Reg. US Patent and Trademark Office".

The European Court of Justice has, for its part, admitted that the acronym could be used in all the Member States of the European Union, provided that the brand has been actually registered in at least one of these States.

This acronym means that a distinctive sign has just been deposited at the trademark office, but that the latter has not yet been registered.

It corresponds to the English term "TradeMark" meaning "brand" in English.

It is used by applicants for trademarks in registration process.

The interest to affix this acronym remains primarily dissuasive. It informs the public of the deposit of acronym and that the detection of an identical or similar sign which may cause confusion in the eyes of consumers could be contested.

The affixing of this acronym may thus constitute a bulwark against potential acts of infringement.

You can also see this acronym appears on unregistered usage trademark, in the Anglo-Saxon countries.

It is good to remember that in France, such right of use does not exist and that the trademark right is acquired only by registration.

The affixing of the "deposited design" or "registered design" mentions

As for the trademark, it is possible to mention that some of your creations have been deposited or are registered as a drawing or design, and are therefore protected by the special right of drawings and designs.

Adding this mention to your informational or advertising documents showing your designs provides the in particular following advantages:

This acronym means "copyright", and corresponds to a notion of Anglo-Saxon law.

Even if the copyright itself has no value in French law, the affixing of the symbol ©, often followed by the name of the author and the date of the first publication constitutes an effective aid to establish the quality of the author of a work whether it be in the literary, artistic, or audiovisual field.

This affixation makes it possible to benefit from a presumption of ownership in the common law countries.

The teams of IPSIDE naturally remain at your disposal to answer all your questions relating to the problem developed above.

REFORM OF THE CONTRACT LAW

We inform you that the Civil Code has been amended following the order of 10 February 2016 to reform the contract law, which came into force on October 1, 2016.

The main objective of this order is to facilitate and make safer the exchanges between the economic actors and also take into account technological developments; it introduces the legal provisions on the process of formation of the contract as well as on the form of the contract itself.

The new law applies to all new contracts, the renewed contract and the contracts are tacitly renewed.

We remain at your disposal to study your contracts of industrial property in the light of the application of these new provisions and invite you to get closer to your Council.