The patentability of software with the European Patent Office (EPO) 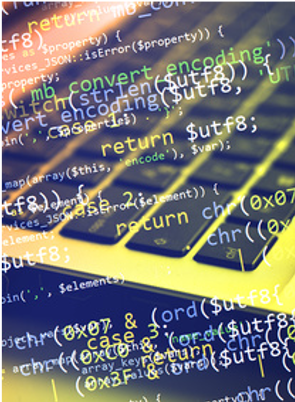 The European Patent Convention (EPC) does not define the term "invention", but defines a certain number of elements or activities, including computer programs, which are not considered as inventions and are therefore excluded from the field of patentability.

The European Patent Office (EPO), which defines computer programs as the sequences of instructions executable by a computer, considers them to be purely abstract creations, devoid of any technical character.

However, the computer programs are excluded from patentability only "as such", that is, this exclusion concerns only the sequence of executable instructions. Indeed, the inventions with a technical nature implemented by a computer program are not excluded from patentability. It is important to note that an invention have a technical nature, in particular when it produces a technical effect (for example, when it is the cause of physical interactions) or when technical means are necessary to implement it (e.g., a robot).

However, the EPO considers that when the program is implemented by a computer, it must generate an additional technical effect going beyond the "normal" interactions between the program and the computer.

During the process of examining the patentability of a patent application, patentability criteria (novelty, inventive activity and industrial application) are studied only once the question of whether the claimed invention belongs to the field of patentability is resolved.

It is often very difficult to determine where lies the line of demarcation between patent applications relating to computer programs "as such" excluded from patentability and those related to the patentable technical solutions in the form of inventions implemented by computer.

In addition, difficulties can also come from the fact that computer programs often implement the presentation of information and/or mathematical formulas, which are also part of the elements or activities excluded from patentability by the EPC because they are not considered as inventions.

We invite you to contact us for any question.

We have the pleasure to inform you that IPSIDE has just opened an office in San Francisco, in the heart of Silicon Valley. Meryl Haggege – registered with the bar in California - has joined Ipside Innovation on last June 7 to take charge the San Francisco office, to develop the contractual support relating to services of Ipside innovation towards Start-ups and prospect, in particular, on the side of the French Tech established in California.

IPSIDE has also opened two offices in China, in Beijing in June 2016, and Chengdu in July 2016 in order to have a presence on the Chinese market. This structure allows us to be the bridge between our French organization and the Chinese office to follow the dossiers of our French or European clients, as well the patent as trademark. This structure also has the task of advising Chinese clients wanting to develop their brand and/or patent in China and outside of their territory, in particular with the support of our French and American structure. In 2017, Ipside is expected to have 3 offices in China, with at least two people in each office.