Brexit or not brexit 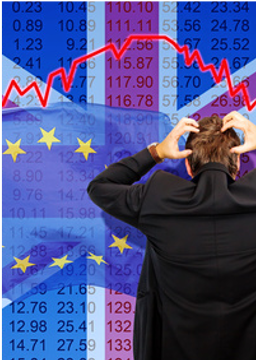 This withdrawal of the UK shall inevitably have repercussions on European intellectual property titles.

Today, protection across the entire territory of the European Union, comprising of 28 countries, is possible through a single filing. Community stipulations provide for the extension of this unitary protection upon each entry of a state to the EU.

However, there is no provision for the case of withdrawal of one or more States.

Fears regarding the consequences of a Brexit are the following:

By filing for a trademark or design or model in the EU, applicants will not enjoy protection in the United Kingdom.

With respect to existing EU trademarks and designs and models, holders may automatically lose their protection in the UK if a national filing in addition to that of the EU was not made in the UK.

However, it is likely that they will be able to request the conversion of their European trademark into a British national mark, keeping in mind that this implies further examination by the IPO and payment of official fees. It is also likely that a specific procedure will be put in place for European designs and models.

We can nevertheless hope that transitional measures will be put into place particularly through the European Economic Area (EEA), and will include, for example, the conversion of EU intellectual property rights occurring automatically and not at the request of holders.

Naturally, we will be sure to inform you of any developments in this matter.

In this uncertain environment, and if the United Kingdom is a territory of interest to you, as precautionary measures we recommend you:

Do not hesitate to seek out our services so that we may provide you with all the information and advice pertinent to your interests.

BREXIT OR NOT BREXIT ? IMPACT ON PATENTS

In the referendum of 23 June last, the British people decided to leave the EU, which will affect the future of patents in Europe.

European patents, which are handled by the European Patent Office (EPO) independently of the EU, will remain valid across the entirety of the territory presently covered, which is 38 countries, and includes the United Kingdom. The Brexit therefore shall have no consequence on the European patent as it exists today.

But the introduction of the European Unitary Patent and the jurisdiction of the Unified Patent Court (UPC) will be affected.

The Unitary Patent will apply exclusively to members of the EU. Its advantages are primarily its simplicity and low cost. These costs are estimated at about 20% of the cost of a European patent limited to the 25 EU countries participating in the enhanced cooperation.

In order for the Unitary Patent to come into force, it is necessary that the agreement on a Unified Patent Court (UPC) be ratified by at least 13 countries, including imperatively the United Kingdom, Germany and France.

If the Brexit takes place, it will be necessary for Italy (who is the fourth power in terms of the number of published patents in the EU) to replace the United Kingdom. This shall inevitably delay the introduction of the Unitary Patent and significantly affect its advantage, to the extent that the United Kingdom does not form part, as it represents one of the leading economic powers of the current European Union, together with Germany and France.

Because domain names allow companies to position themselves in a competitive space and differentiate themselves from other economic players in the sector just like brands, the IPSIDE firm has recently launched a domain names and Digital department.

Our specialized team is able to offer a trademark filing strategy correlated together with a domain name reservation strategy.

It will also assist you in determining a URL and relevant extensions depending on your structure and markets of interest. It carries out prior use searches for domain names, domain name reservations as well as renewals, registering your trademarks with the Trademark Clearinghouse (TMCH), advising and assisting you in your buying or selling negotiations of your domain names, etc.

Our team is also competent to defend your rights on the Internet because it is clear that with the proliferation of domain names extensions and Internet users, many conflicts arise. It is therefore necessary to remain vigilant and defend our trademarks and domain names against new threats such as cybersquatting, typosquatting, dotsquatting, dashsquatting, etc. and our team is here to help you do so, in particular through web content monitoring.

Such monitoring allows us to quickly detect illegal uses of your trademarks, your logos, your models and forthwith file complaints with the Arbitration Centres such as AFNIC for .fr (SYRELI proceedings), the Czech [Arbitration] Court for .eu (ADR proceedings) and WIPO for a number of extensions (UDRP proceedings).

In this way, our team responds to limit customer diversion as well as attacks on your company’s reputation.

The Domain Names and Digital Department can also take measures with social networks to shut down illegitimate profiles or on trading platforms to stop sales of counterfeit products.

Finally, our team of legal experts can support you in the creation of your website by writing legal notices, general conditions of sale and use, cookie scripts and other tracers and proposing security measures for your websites to prevent piracy.

Don’t hesitate to reach out to our experts.

These same advisors take the opportunity to inform you of the availability of the new extension: .shop.

This extension is very interesting for stakeholders in e-commerce or those in traditional trade.

Equally important is blocking and thus preventing a malicious third party from reserving your brand followed by the extension .shop.

Finally, please note that .boutique and .store extensions are still possible and that .store is at a discount until August 14, 2016!

All links can be found on the home page of our new website. So follow our news, briefs and events.